Rohatyn Jewish Heritage (RJH) develops and manages heritage preservation projects aimed at reconnecting the 400-year history of Rohatyn’s now-lost Jewish community with the people and places of the modern Ukrainian city. Our project activities include research, documentation, recovery, rehabilitation, education, and commemoration, all illuminating the links between Rohatyn’s history and its future, and between its people in town and abroad. The heritage we preserve and promote includes both physical sites in Rohatyn and intangible culture which transcends time and geography. The histories we gather and integrate bring new vibrancy to Rohatyn’s multicultural past.

This page provides a quick overview of all of our activities, organized and linked to the website menu above.

The news section of our website reports on our visits to Rohatyn for project work, plus other updates in town and in the region on issues related to our work. There are over one hundred posts to date, beginning from our first encounters with Jewish heritage issues in Rohatyn in the spring of 2011, with new posts on a wide range of topics appearing several times per year. News reports are tagged by key content and can be browsed by topic or by date. The news page also includes a calendar of upcoming events relevant to our work in Rohatyn. 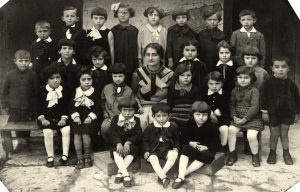 Records show that there was an active Jewish community in Rohatyn for more than 400 years, until World War II, and for a time Jews made up almost half of the population of the town. Today, Rohatyn Jewish descendants, including a very small number of Shoah survivors, can be found living in more than a dozen countries; no Jews live in Rohatyn today. We research and apply the long, rich, and diverse history of Rohatyn’s prewar Jewish community to give context to the surviving heritage in Rohatyn, and to help between today’s modern Ukrainian residents and the city’s multicultural past. Pages researched and written for this website include five timelines spanning from the 14th century to the present, a browsing index to more than a dozen thematic history pages, summaries of personal memoirs and interviews with both Jewish and Ukrainian witnesses to the Shoah in Rohatyn, plus links to a growing list of background pages and research resources on regional Jewish culture. The timeline, thematic history, and culture pages include references to our research sources and general resources for further study.

The Jewish Community of Rohatyn 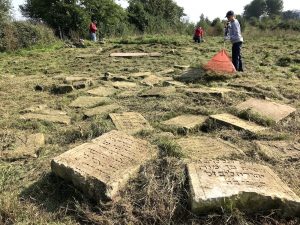 Before the Holocaust, Rohatyn’s Jews built homes, neighborhoods, and businesses, and gathered in social and artistic circles to expand their cultural lives, while the Jewish religious community organized and established cemeteries, built prayer houses, ritual bath houses, and schools. At a few thousand strong, the Jewish population was responsible for a significant portion of the immovable physical heritage of Rohatyn, both public and private. The devastation of WWII destroyed much of what the Jewish religious community had built, and created new sites of heritage in and around Rohatyn specifically tied to the Shoah. We aim to shine a light on Rohatyn’s surviving Jewish heritage and do what we can to preserve and promote what remains as a component of the larger multicultural heritage of the city.

Sites of the Shoah

Survival in the Forests

Nearby Towns and Villages with Jewish Communities 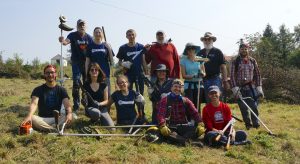 In addition to research and writing, since 2011 Rohatyn Jewish Heritage conducts active physical heritage preservation projects (Jewish headstone recovery, cemetery cleaning and clearing, mass grave survey and documentation) and develops designs and plans for rehabilitation of the Jewish community sites and objects, together with generous volunteers from Ukraine, America, and elsewhere. In collaboration with the City of Rohatyn, we also assemble educational materials about the Jewish community of Rohatyn for museum exhibitions, local journalism projects, and to support heritage tourism in the town and the district. Available resources of time and funding limit our speed and progress, but positive steps have been made every year since our NGO was founded. Listed here are the formal projects we manage, plus a category of other, unplanned projects we occasionally take on as circumstances warrant: 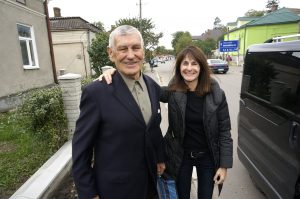 Prior to 2011, the care and maintenance of the heritage sites and the dissemination of the history of the prewar Jewish community of Rohatyn to family historians, tourists, and Rohatyn residents, was led by and depended upon the efforts of a handful of Shoah survivors and local Ukrainian townspeople. We are and have always been a grassroots effort; from our first involvement, the effort has been supported by a large number of individuals: specialists giving their time and advice, interested and concerned people giving money and encouragement, and institutions giving infrastructure support and continuity. Even after we formalized the project as a Ukrainian NGO, our work has remained small, volunteer-led, and hands-on, and dependent on a few local people for connections and momentum. As our efforts have evolved from reactive to more proactive work, we want to acknowledge the people who have been our supporters and inspiration, and identify ways that others can join our effort to make a difference in Rohatyn: 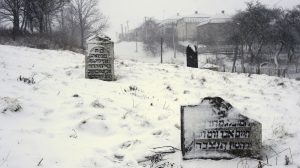 The old Jewish cemetery in Rohatyn, in winter. Photo © 2019 RJH.

This section is intended to provide both general and specific information which supplements the other sections of the site: who we are, how to find us, links to news articles and other media about our work from external organizations, and a sampling of the reference materials (both print and digital) which we have used to guide our research and development, and especially our thinking.

RJH In the Media