The august and prolific Austrian publishing firm Kartografische Anstalt Freytag-Berndt und Artaria KG, formed in the mid-19th century by Gustav Freytag and later partly financed by the merchant Wilhelm Berndt, remains a major player in the design and production of tourist maps of Europe and the world even today. Under the Habsburgs, Freytag became a favored cartographer and secured key contracts for the courts and the military up to World War I. After the dissolution of the Austrian Empire, Freytag & Berndt continued to lead the mapping business across the region, especially as newly independent Europeans took to the the roads in automobiles to tour their own new countries, and beyond.

The map shown here is an example of the firm’s output at the peak of their production just before the outbreak of World War II. A year after Gustav Freytag’s passing, a large set of maps of Europe was produced, including this folding map numbered 47 of the northeast section of newly-independent Poland, including Lwów (today’s Lviv), Rohatyn, and many other significant cities. In addition to showing a variety of driving routes between many cities, the distances between them (in kilometers) are shown in purple numbers. Elevations (in meters) of key roads are shown in red numbers, and roads with significant slopes, a challenge for 1930s automobiles, are also indicated with red arrows. The detailed legend is also shown here:

Another feature of the map is high-scale schematic plans of Lwów, Przemyśl, and Jarosław, to help drivers navigate through these large cities. Rail lines are included for those needing other ways to get around Poland, and customs crossings are shown at the border with Czechoslovakia.

The 1939 road map number 47 is the image presented below in an overlay on Bing Maps satellite data from the contemporary town. Click on the image below to launch the map in a separate browser window. The image is interactive: pan and zoom are available with ordinary mouse controls or gestures, depending on the device, and zoom is also available by the +/- buttons in the upper left of the display. The map can be made transparent in 10 steps by sliding the control in the upper right of the image. 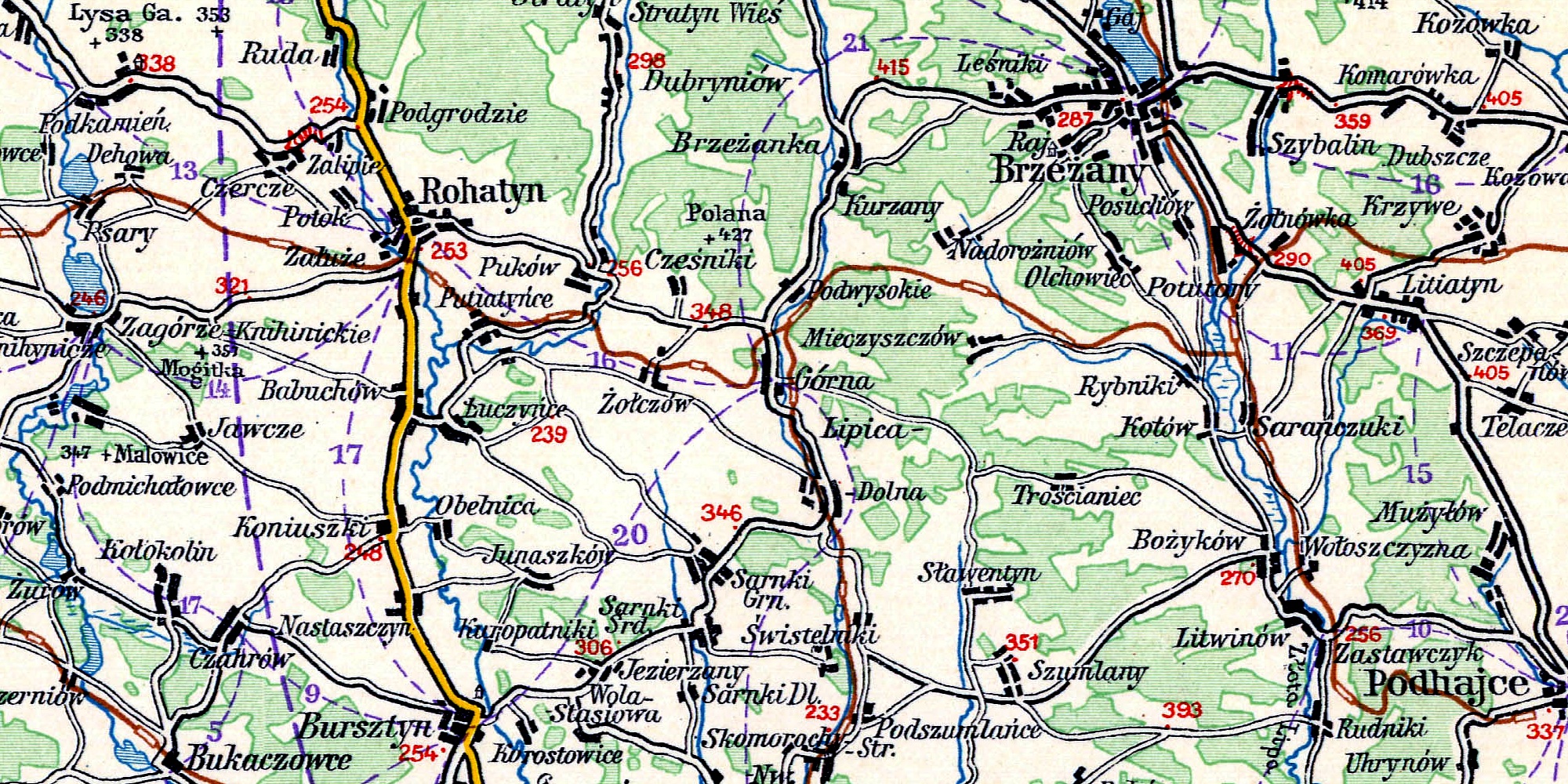 This 1939 autoroute map is one of a series of historical map overlays included in the project Mapping Rohatyn: Geography as a History Resource.