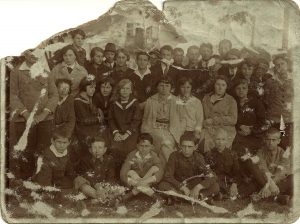 This page describes and links to a concise history of Jewish life in Rohatyn, originally published as part of an encyclopedic collection which documents European settlements where Jewish communities had been damaged or destroyed during the Holocaust of World War II. The Rohatyn section outlines the development of Jewish social, religious, and economic life in the town across more than three centuries.

An English version of the original Hebrew is hosted for free access here:
Pinkas Hakehillot Polin – Rohatyn (English)
As noted below, this English translation was generously donated by Jewish descendants of Rohatyn families.

This page also provides background information about the encyclopedia and the translation project, as well as a short summary outline of the topics covered in the Rohatyn history.

About the Encyclopedia Project

Consistent with the education, research, documentation, and commemoration aims of Yad Vashem, Israel’s official memorial to the victims of the Holocaust, a project was begun there in the 1950s to develop an “encyclopedia of Jewish communities from their foundation until after the Holocaust”. The project complemented the ongoing development of Yizkor Books for individual Jewish Communities, written primarily in Yiddish by former residents with or without training in historiography, and including personal stories, memories, and lamentations. The new project was intended to create and organize brief research articles on a much larger number of communities, in a more academic style drawn from archive records and periodicals, and to be written in modern Hebrew. Over time Yad Vashem partnered with numerous international institutions, including YIVO, the Leo Baeck Institute, plus the state archives of Israel and eventually many other countries. 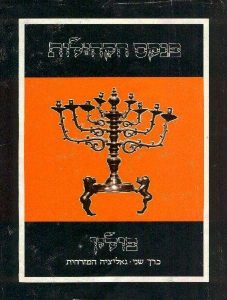 Called “Pinkas Hakehillot” (פנקס הקהילות), literally “notebooks of the (Jewish) communities”, the encyclopedia was organized geographically and produced in print between 1969 and 2007, ultimately spanning 22 volumes covering 11 parts which generally correspond to individual countries based on their pre-war borders: Romania, Germany, Hungary, Poland, the Netherlands, Latvia, Estonia, Yugoslavia, Lithuania, Libya, Tunisia, Greece, and Slovakia. There are still plans to develop volumes covering France, Austria, Italy, the Czech Republic, and the impacted FSU countries, including Ukraine and Belarus. Indexing the locations was a huge task on its own: the count of large and small settlements rose to tens of thousands. Another major challenge was the tremendous diversity of spellings of place names, especially in regions where there were more than two primary ethnic and administrative cultures and languages in use.

Because of the enormity of the Jewish population of Poland before the war, the encyclopedia of Poland is quite large, and was divided into eight volumes. Rohatyn appears in Volume II, covering Eastern Galicia. The volume was produced in 1980 after research, writing, and editing by Danuta Dabrowska, Abraham Wein, Aharon Weiss, Zvi Avital, and Aharon Jakubowicz. Volume II includes more than 275 communities, plus a general source list and indexes of names and places.

The online Jewish genealogy organization JewishGen, affiliated with the Museum of Jewish Heritage based in New York City, manages a long-term project to translate individual Yizkor Books and the Pinkas Hakehillot series into English (and a small number of other languages); overall program management is by Lance Ackerfeld. Both the Rohatyn Yizkor Book and the Rohatyn section of the Pinkas Hakehillot Polin have been translated to English. The Rohatyn article from the Pinkas linked here in English was translated by Ruth Yoseffa Erez and coordinated by Alex Feller as a gift to their fellow Rohatyn descendants.

An Outline of the Rohatyn History

The Rohatyn section of the Pinkas Hakehillot Polin is brief, only five pages in Hebrew. As a smaller town before the war, even with a large Jewish population, there was likely not enough material to cover all of the topics proposed in the Yad Vashem guideline for authors. However, most of the topics received useful coverage, and a large number of names, dates, places, and other details are included. The topics are categorized chronologically: 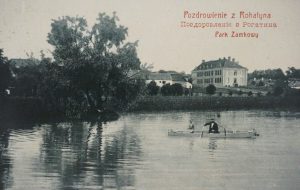 The article concludes with a bibliographic list of the sources used in the development of the article, including 5 archives, the Rohatyn Yizkor Book, and 42 newspaper and magazine articles in 17 titles. There are no photographs, maps, or other illustrations in the original or translated articles.

First sources of information about the community; reports about individual Jews until the establishment of the community; a population table spanning 166 years, listing both total and Jewish counts; economic, social, and cultural life in the community; economic and charity institutions; Torah and educational institutions; intellectuals and community leaders; selected households and prominent families.

Participation of members of the Jewish community in the Zionist movement; results of elections to Zionist congresses.

This page is part of a series on memoirs of Jewish life in Rohatyn, a component of our history of the Jewish community of Rohatyn.