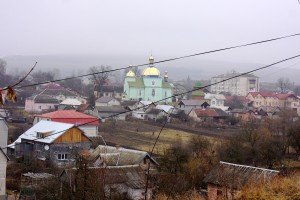 We got word this evening from Alex Denysenko that he had visited Rohatyn earlier today, and had met with Mikhailo Vorobets to review several of the city’s historical sites for research. During the visit, Mr. Vorobets informed Alex that two Jewish headstone pieces had been newly discovered and reported by residents near the St. George church and the Rohatyn club on vul. Shevchenko, east of the town center. Mr. Vorobets arranged to have these new pieces moved to the old Jewish cemetery per our project plan, and that work had been completed before Alex’s visit. Alex forwarded to us a few pictures of the old cemetery matzevot collection now, including the new stones which were placed near the service entrance to the cemetery at the lower (western) side. 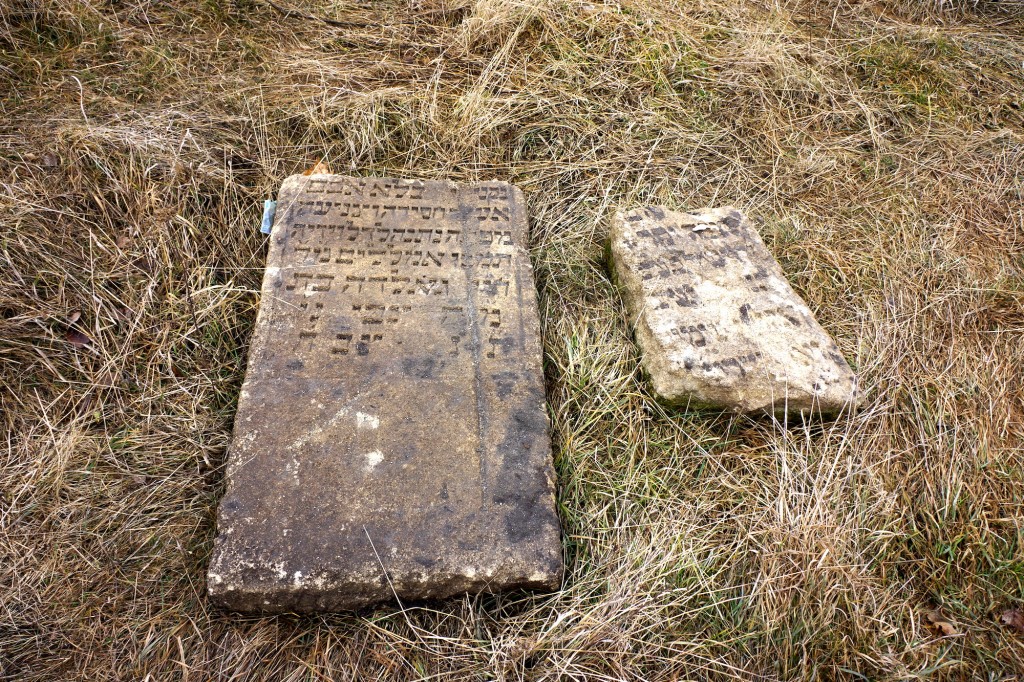 Marla and I will get another update and take additional photos when we visit Rohatyn in mid-May with Alex and Vitaly. We are looking forward to our first visit to Rohatyn in 2016.

Gathered headstones in the old Jewish cemetery, from work in previous years, as seen by Alex on this visit: 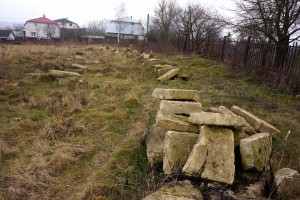 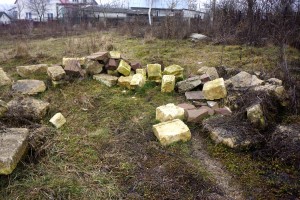