Rohatyn and a Twin City or Town

Dobry den from Prague to Rohatyners, 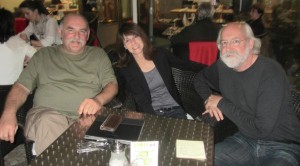 Fellow researcher and dear friend Edgar Hauster had a terrific idea last night which I would like to raise with the group.

As you are all probably already aware, across Europe and America there is the idea of “twinning” cities and towns.  You can read more about the underlying philosophy of this idea on Wikipedia:
http://en.wikipedia.org/wiki/Twin_towns_and_sister_cities

Well, it turns out that Rohatyn has a twin… two to be exact, both in Poland:  Krapkowice and Krzanowice. 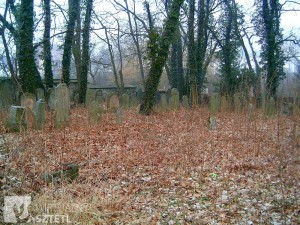 I attach a photo of the Jewish cemetery in Krapkowice (courtesy of Virtual Shtetl), which was founded in 1824.

As our group has undertaken to create a memorial in Rohatyn using the Jewish headstones, and as this project (once a proposal has been put to the group) will need funding – far more than we have raised amongst ourselves to-date), perhaps pursuing a collaboration to mutually support Jewish heritage projects between Rohatyn and one of its twinned Polish towns might be an avenue for us to pursue.

In a related thought, perhaps there are those of you whose current towns (in Israel, the Americas, or Europe) might also be candidates for twinning with Rohatyn?  Would you be willing to take on such a project to raise awareness and funds to help with our Jewish heritage projects, including the memorial?

And just a reminder that I will be in Rohatyn on November 5th with Alex Denysenko; we will both be working on the memorial and with the Lviv-based artist and his proposal.

I thank Edgar again for his creative thinking in coming up with this possible avenue!

To see the full list of twin towns and sister cities in Ukraine:
http://en.wikipedia.org/wiki/List_of_twin_towns_and_sister_cities_in_Ukraine