Glotzer Holocaust Memoir to be Published as a Bilingual Book 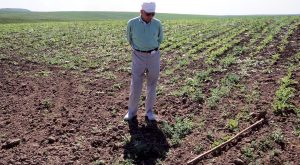 Rohatyn Jewish Heritage is very proud to announce that the Ukrainian Center for Holocaust Studies in Kyiv (UCHS) will be publishing the memoir of Holocaust survivor Jack Glotzer of Rohatyn with a new foreword authored by the Center’s director and Holocaust scholar Dr. Anatolii Podolskyi; the book will also be included in the Center’s “Library of Holocaust Memoirs”. 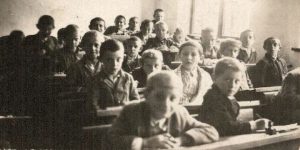 A class of the Rohatyn “Red School” in the 1930s.
Source: Glotzer-Barban Family Collection.

In a first for UCHS, the book will be published in a bilingual edition in both Ukrainian and English.

Jack’s memoir is unique among the Rohatyn-area memoirs we have read because it includes his first-hand, eye witness account of the immediate aftermath of the execution of 3000-3500 Jews on March 20, 1942: 16-year-old Jack was among a handful of teenagers forced to bury the frozen bodies at the execution site (Rohatyn’s south mass grave) during the days following the killings. 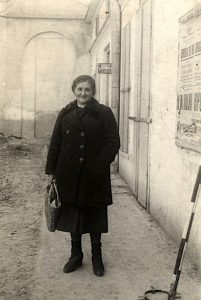 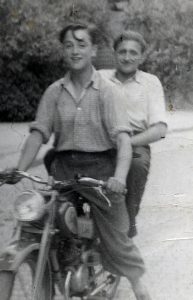 Once published, the book will be made available for free to the Rohatyn public library, Opillya regional history museum, and other Rohatyn educational institutions. We hope to be able to organize a special lecture in Rohatyn to complement the release, aiming for March 20, 2023 depending on challenges posed by Russia’s ongoing war in Ukraine.

For the last two years, Rohatyn Jewish Heritage has been a participant in a 3-year program called “Connecting Memory” which aims to better protect and commemorate Jewish WWII mass graves in Ukraine, funded by the German foreign office, and jointly managed by the Foundation Memorial to the Murdered Jews of Europe in Berlin and UCHS. We thank our friends and colleagues in this program and especially Dr. Podolskyi and those working closely with him in Kyiv. UCHS is an amazing institution and a tremendously important resource for researchers, educators, and scholars of the Holocaust, Ukrainian history, and Jewish-Ukrainian relations.