Update on the North Mass Graves in Rohatyn

Thanks to an introduction by Mykhailo Vorobets, last week Marla and I were able to interview a former manager of the “vodokanal” site in Rohatyn where the Jewish mass graves from the June 1943 aktion are located. The discussion took place at the site, where we were shown the specific places where human remains were discovered more than thirty years ago during construction work.

The former manager, Ivan Semenka, retired from his post at the vodokanal in 2011, after having worked there for decades; as it happens, we met him at the site on our first visit to Rohatyn in 2011 with Alex Denysenko, before we were aware of the general uncertainty about the grave locations. Mr. Semenka was present during significant construction work in 1982~1983 when ground at the rear of the site was excavated for foundations of buildings and greenhouses there. In two places, when men and machines dug into the earth, human remains from mass graves were uncovered; the remains were covered again and the planned building locations were altered to avoid further disturbing the graves, but Mr. Semenka remembered the grave locations relative to the structures which were then erected near where we stood.

Mr. Semenka is very clear and certain about the precise locations of discovered human remains, so it was easy for us to define those places geographically for future reference and consideration by the City of Rohatyn in its plans for the overall site. Because the entire area was not excavated, Mr. Semenka does not know the full boundaries of these graves, however they are partially bounded by the radar grids surveyed in May~June 2017 by the British archaeologists we commissioned to investigate the grave sites in Rohatyn using non-invasive methods. Thus the new information from Mr. Semenka supplements the recent survey results, and the new boundaries can be inferred fairly accurately.

We have assembled a brief summary report of the interview and the information provided by Mr. Semenka, with a few annotated images to depict the locations of the remains he saw in the 1980s. We have linked this report to our mass graves project page, and will include the information with the 2017 survey report when we discuss the data and issues at the grave sites with the City of Rohatyn in the near future to consider ways to better protect and commemorate the sites. The images are also included here below.

We thank Mr. Semenka for his time and concern, our longtime colleague and supporter Mr. Vorobets for making the introduction and facilitating the interview, and our friend Vasyl Yuzyshyn for interpreting during the interview. 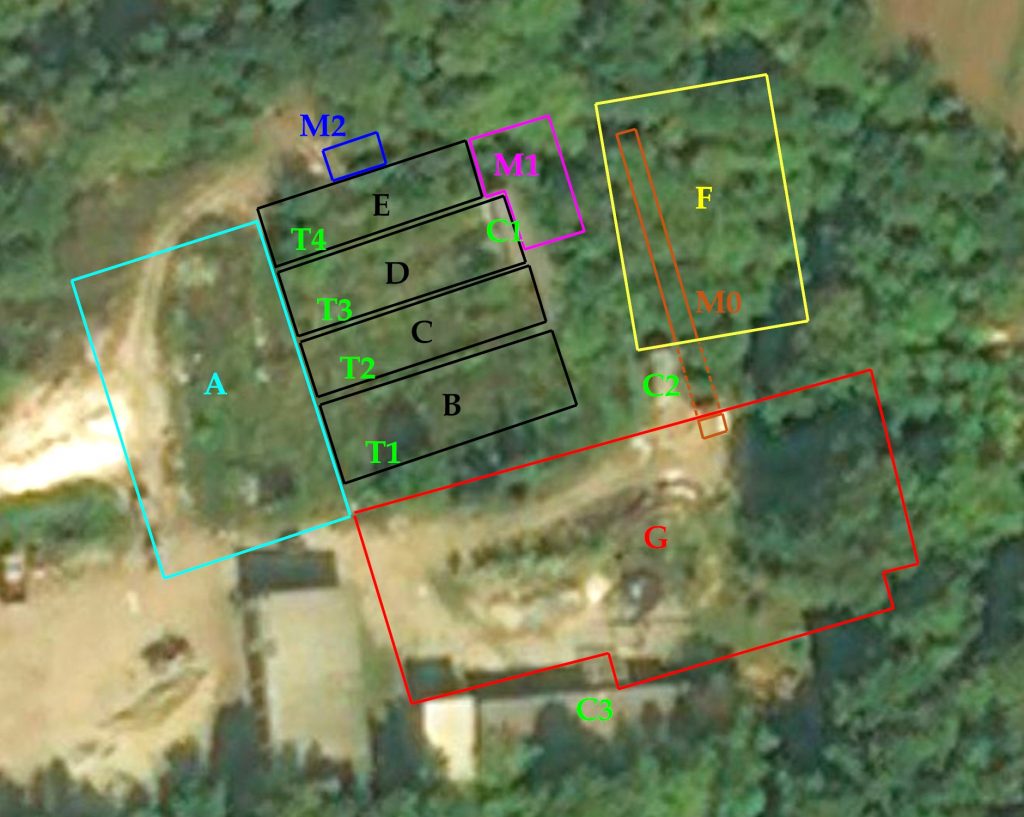 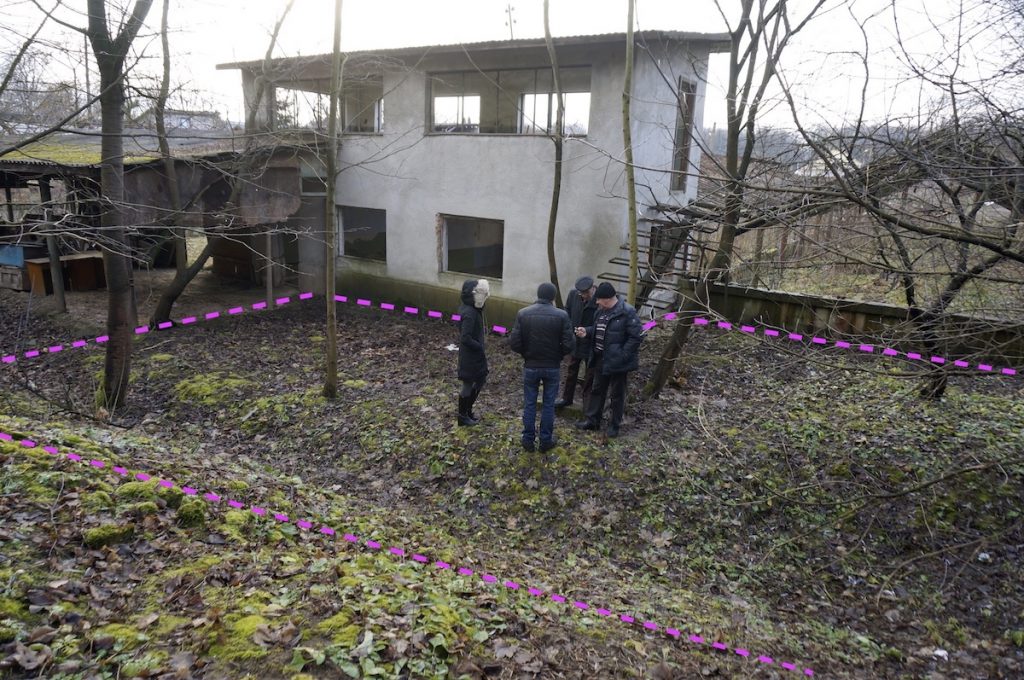 Probable mass grave area M1, outlined in magenta color (the group is standing over the grave area). The slope and ditch in the foreground are likely part of the grave area, although Mr. Semenka was more positive about the flat area in front of the building. Photo © 2018 Jay Osborn. 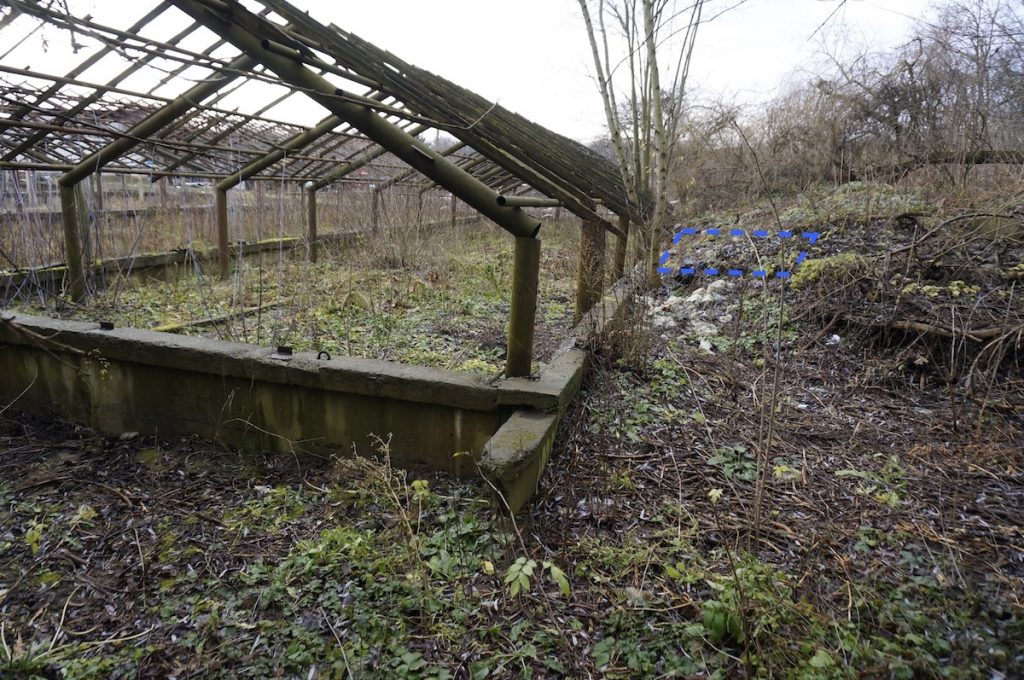 Probable mass grave area M2, outlined in blue color. According to Mr. Semenka, human remains were found just outside the greenhouse foundation wall at the fourth or fifth roof pillar from this near (east) end. He did not know the extent of this grave area. Photo © 2018 Jay Osborn.

Panorama of the rear area of the vodokanal site, showing the radar grid area F to the left and the newly-identified graves areas at center right. Photo © 2018 Jay Osborn.