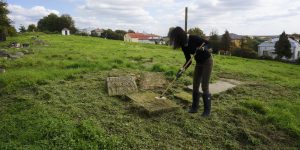 Temperatures are dropping fast in western Ukraine now, and Marla and I have concluded that the season for working to clear wild vegetation at the Jewish burial sites in Rohatyn has reached an end. We still expect more rain before the snows begin and plant life goes dormant, but the chill should slow wild growth significantly so that we can focus our efforts on other projects. 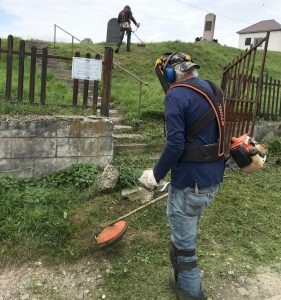 Vasyl and me working at the front of the old cemetery earlier this month. Photo © RJH.

Since spring, Rohatyn Jewish Heritage has worked a total of twenty days over five months through several rounds of clearing at Rohatyn’s large old Jewish cemetery, the smaller new Jewish cemetery, and the Jewish mass grave in the fields south of the city. Our good friend and colleague Vasyl Yuzyshyn has worked alone or with others on every one of those days, making him the backbone of our clearing effort during this second pandemic year. Vasyl was joined by our friend and heritage activist Sasha Nazar, head of the Lviv Volunteer Center on two of the days. After Marla and I returned to Ukraine at the end of August, we also joined Vasyl for the last five working days at all three sites. The small area around the north Jewish mass grave memorial, which is on city property in an industrial area, has been maintained for us this year as before by Ihor Zalypko, an engineer at the north site, who also planted and cared for flowering shrubs at both mass grave sites. 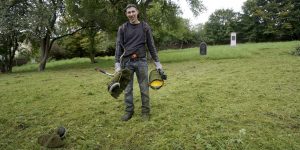 Vasyl at work with us in the new cemetery in September. Photo © RJH.

The frequent rains which fell this year (much more often than typical) complicated scheduling the work, even while Vasyl’s own schedule was more open because the pandemic has significantly reduced the number of visitors to western Ukraine. We are grateful for his persistence and flexibility to keep the sites in control and to maintain our good relations with cemetery neighbors. 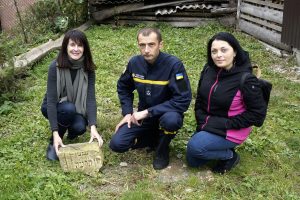 Marla and our friend Tetiana Petriv with the head of the Rohatyn Fire Department and a headstone fragment found at their facility. Photo © RJH.

Jewish headstone recovery has been a frequent impromptu activity during cemetery clearing days this year, including from five different locations during our last four clearing days. The “season” for headstone recovery is never over, and we may well be contacted again this year by local Rohatyn residents and activists that more headstones or fragments have been discovered. 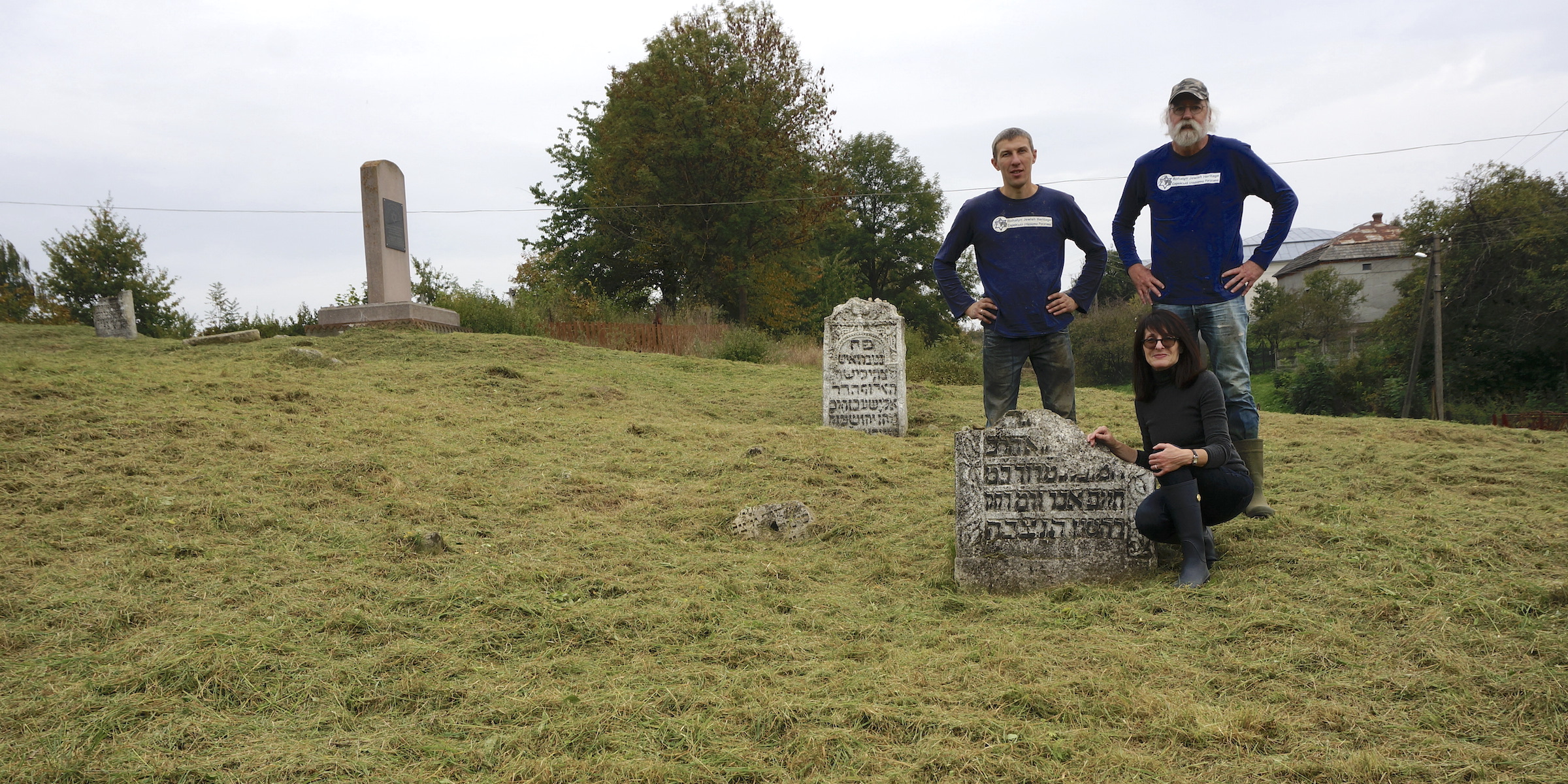 Our core crew in Rohatyn’s old Jewish cemetery at the end of the season. Photo © RJH. 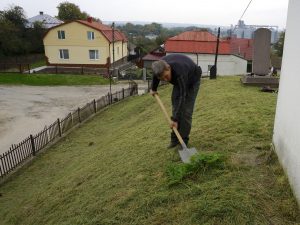 Our continuing effort to control the poisonous borshchivnyk plant
at the sites. Photo © RJH.

We are pleased with the appearance of the burial sites as of last week, on our last clearing day this year. The hard remedial work we and many other volunteers did in 2017 and 2018, followed by regular maintenance in the following years, means that we can hold the wild vegetation in check with a smaller crew working a few times per month during the growing season.

Now we are turning our active attention to other Jewish heritage projects in Rohatyn: signage for identifying the burial sites and directing driving visitors to them; finalizing the design details and planning for the memorial in the old cemetery to incorporate all of the recovered headstone fragments; ongoing efforts with the complex Connecting Memory program for enhanced protection and commemoration at the mass grave sites; continuing to cut small tree stumps flush to the ground in the cemeteries; some cemetery fence repairs; and more. Of course we will continue to check on the burial sites in Rohatyn on each of our visits through the cold months, until the growing season begins again next year.